My Own Ham Radio Repeater 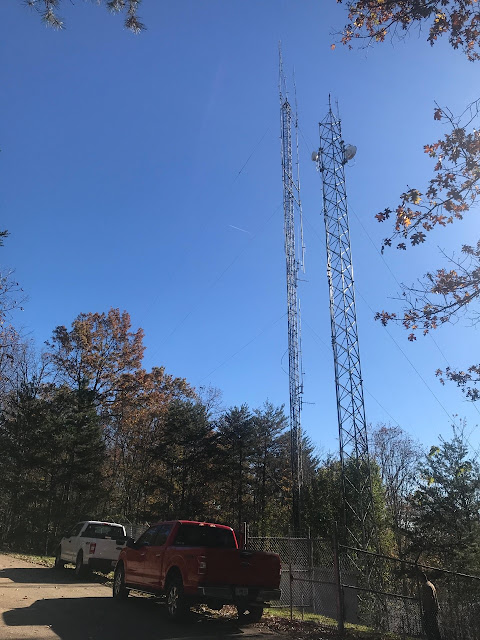 Over the last several years, I've been learning about ham radio repeaters. I started learning from Jack Norris W4TWX, Terry Jones W4TL, Ron Olexa KA3JIJ and a few others.  I starting getting involved in the maintenance of the local machines and have helped troubleshoot and deploy a few here and there.  But I've always wanted to own my very own repeater.  Nothing too fancy.  A simple FM VHF repeater with a decent coverage located in Habersham County.

The first thing I realized is that repeater equipment is expensive.  It's not uncommon to spend thousands of dollars to get a machine, duplexer, feedline, antenna, etc...So one must be pretty committed to the project before jumping in.

I also realized that here in Georgia where the South Eastern Repeater Association coordinates repeater frequencies...it's very rare for a 2 meter frequency pair to be available.  It's not easy to find a pair that meets the co-channel and adjacent-channel requirements of SERA.

I had set my sights on trying to acquire an already established repeater to help reduce cost and make it easier for myself.  There were 2 local machines that came to mind.  The first was working well and owned by a small club.  However, it lost its site and hasn't been heard from even locally in a while.  The other machine I was interested in was the K4HCA 147.120 repeater in Clarkesville.  It sat idle and appeared to be owned by an individual. I reached out to Harold with no success.

A few years later, I was told by a friend that knew Harold that he had been sick and had passed away.  I was saddened by the news and it occurred to me that his repeater would be going away soon which would be the last of the VHF machines in my county that were now unavailable.  I contacted SERA and started working immediately on getting the coordination transferred to my name.  I also started investigating to see if I could purchase Harold's equipment, where the actual site was, and if I could keep that same machine on the same frequency pair going forward.

I ran into many problems.  For some reason SERA reassigned the frequency pair to someone else before I could make any headway.  The repeater was removed and sold in a large lot of SK equipment.  I figured I had lost my chance.

I again worked with SERA and found that the frequency 145.390 would coordinate in that same location if I could get a waiver from an adjacent-channel repeater owner.  I managed to get the waiver and began working with Habersham County for permission to put a repeater back at the original site (Ivy Mountain).  I found that the K4HCA equipment had been purchased by a friend of mine Ron Olexa KA3JIJ.  He already had the plans to put it back where it was too!  Ron programmed the machine to the new frequency, tuned the duplexer, and I got the all clear from Habersham County to put it back!

With the help of Clayton Bryant W4CMB, I installed the machine on November 17, 2020 and now am the proud owner of an analog FM VHF repeater in my county!  More information on the repeaters tab of my website. 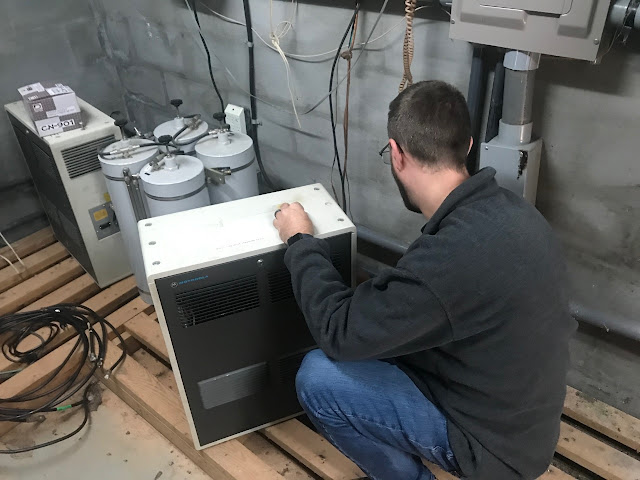 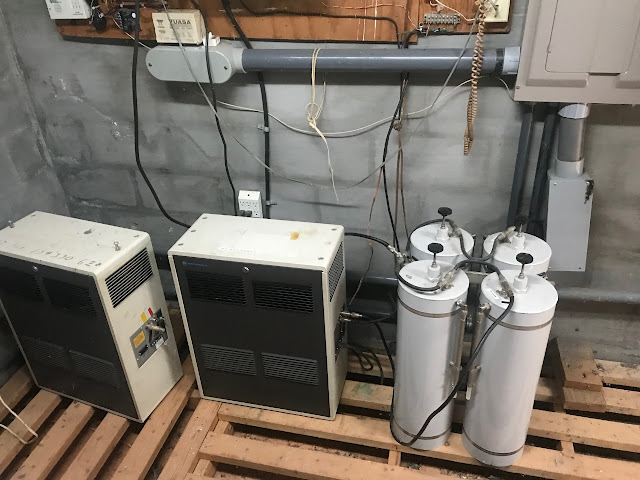