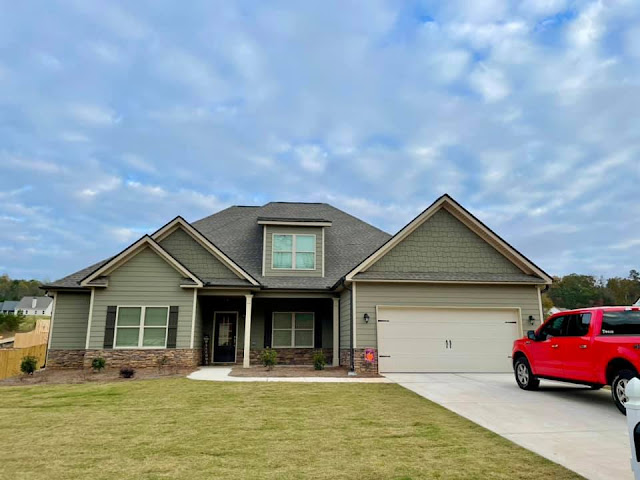 About 4 years ago, my wife and I bought a house in EM84fn.  It was a bit of a fixer upper.  We worked on it diligently and decided to sell it due to the COVID-19 driven market conditions and the lower interest rates.  Pictured above is our new home in EM84fm.
It's just a few miles down the road from the old place, but it's larger and new.  I had forgotten what a burden moving can be.  Especially since I had spent the last 4 years building my dream shack and had a 50ft tower concreted in the ground behind the house.  Never the less, we were able to pack it up and move.  I'm slowly working on a clean, small scale, ham shack.  The neighborhood is controlled by an HOA.  Though it doesn't have specific antenna restrictions, I don't want to give them any reason to consider it.

So far, I've only temporarily attached my Diamond X200 to my fence in the back yard.  It's not visible from the road and since it's currently in the middle of the back yard, I doubt it's noticeable to my neighbors on either side.  Though this would work ok for the repeaters I typically use, I'd like it a bit higher for 2m SSB, FT8, and simplex use.  I plan to eventually use a stand off on the chimney to install it and keep it at the roof line. 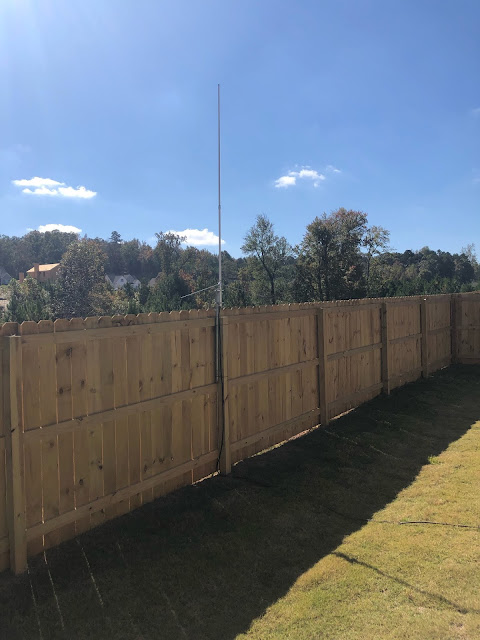 I purchased an MFJ-4601 Feedthrough panel to cleanly and securely get the coax into the shack.  I don't know why I never bought one of these before!  So much cleaner than just closing the window on coax and a towel. 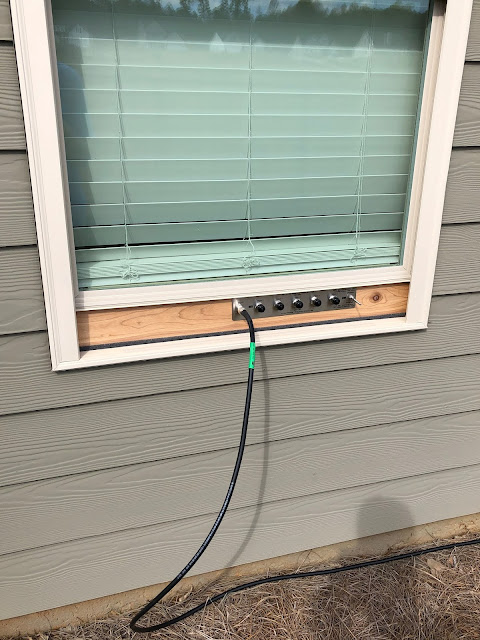 For HF, I plan to try to hang the balun of my off-center fed dipole on my chimney as well and run the legs in an inverted V..  I also have an interest to get a ground mounted vertical antenna and give it a try. 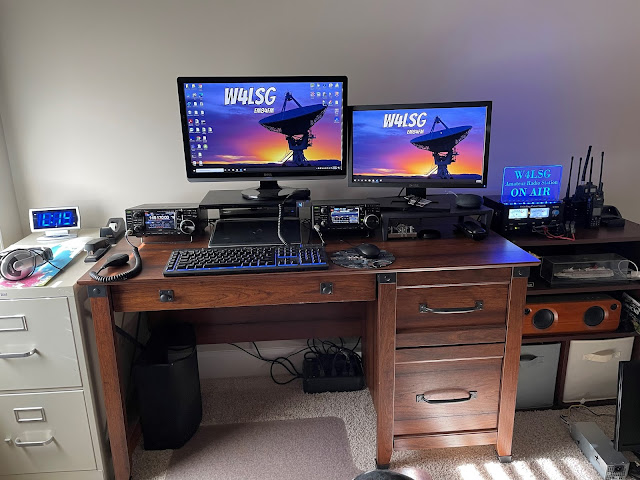