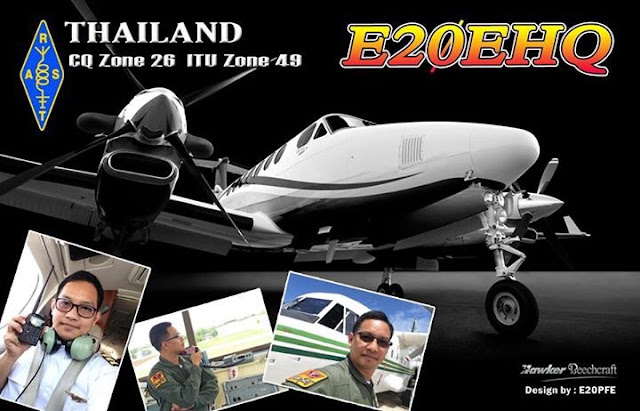 For whatever reason, I tend to keep my Mosley yagi antenna pointed towards Asia. I'm always on the lookout for stations in this area.  I was glad to see E20EHQ come in on 20m FT8 from 9,000 miles away!  We worked each other with -13 SNR reports both ways.  This was a great contact and a new one for me!

Thailand is a country at the center of the Southeast Asian Indochinese Peninsula composed of 76 provinces. At 198,120 square miles and over 68 million people, Thailand is the world's 50th-largest country by total area and the 21st-most-populous country. Thailand is bordered to the north by Myanmar and Laos, to the east by Laos and Cambodia, to the south by the Gulf of Thailand and Malaysia, and to the west by the Andaman Sea and the southern extremity of Myanmar. Its maritime boundaries include Vietnam in the Gulf of Thailand to the southeast, and Indonesia and India on the Andaman Sea to the southwest.