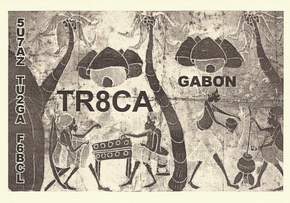 I have been messing around with FT4 some lately.  I haven't gotten much into it since it caused some logging/QSL headaches.  However I saw someone spot TR8CA in Gabon on 10m FT4.  I thought a few things...first I thought this was probably spotted on the wrong band on accident.  Then I though perhaps it was correct but the spotter was just really close.  In any case, I moved over to 10m FT4 and pointed the yagi in the direction of Gabon.  Sure enough, I began decoding TR8CA.  So I gave a few calls and was very surprised to get a response!  Gabon was not a new country for me, but it was a really awesome contact to have made at 6,300+ miles away on 10m band!