I saw a strange spot on the DX cluster.  It was already 10PM local time, but there were some stateside stations spotting XR0ZRC Juan Fernandez Islands on 20m phone.  I turned the yagi south and was able to copy them 5 9!  I had the Yaesu VL-1000 Quadra System (currently wired for 110v and still testing) on and gave several calls.  I was finally able to make contact and got this new DXCC in the log giving me a total of 190 DXCC entities worked! 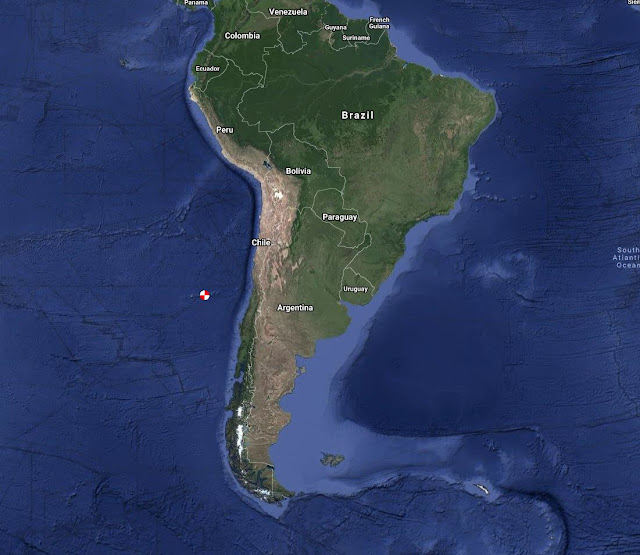 Robinson Crusoe Island is the second largest of the Juan Fernández Islands, situated 670 km west of San Antonio, Chile, in the South Pacific Ocean. It is the more populous of the inhabited islands in the archipelago (the other being Alejandro Selkirk Island), with most of that in the town of San Juan Bautista at Cumberland Bay on the island's north coast.
​
The island was home to the marooned sailor Alexander Selkirk from 1704 to 1709, and is thought to have inspired novelist Daniel Defoe's fictional Robinson Crusoe in his 1719 novel about the character (although the novel is explicitly set in the Caribbean, not in the Juan Fernández Islands). This was just one of several survival stories from the period that Defoe would have been aware of. To reflect the literary lore associated with the island and attract tourists, the Chilean government renamed the place Robinson Crusoe Island in 1966.