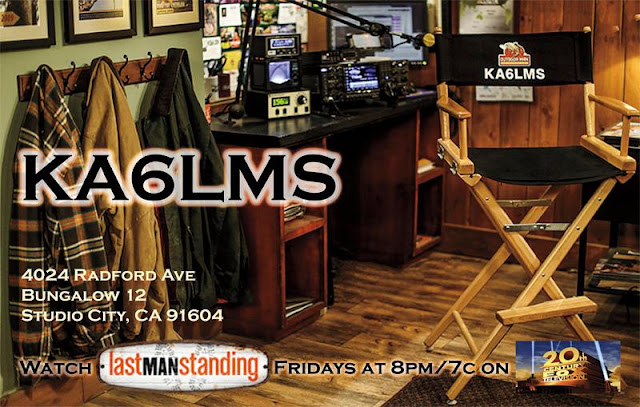 In the TV show Last Man Standing, the main character Mike Baxter (played by Tim Allen) is a ham radio operator.  There is a functional radio station on the set that the cast and crew operate on their breaks as KA6LMS.


I had seen the KA6LMS callsign a few times before on my DX cluster, but had never been able to work the station.  This time, I saw them spotted on the CW portion of the 40m band.  Since I don't know CW (yet), I just continued talking on VHF to some friends.  After a while of discussing how cool it would be to work the KA6LMS station and/or talk to Tim Allen (who is a licensed ham), I saw them spotted on the voice portion of 40m!

I quickly tuned my FTDX1200 over to 7.247.5MHz LSB and started to listen.  Sure enough, I heard a female voice say "QRZ, this is KA6LMS Studio City California".  I gave a call a few times and she picked me up!  I'm sad to say that I don't know who the operator was (it was definitely not Tim Allen), but none the less it was really cool to work the KA6LMS station on the set of Last Man Standing!