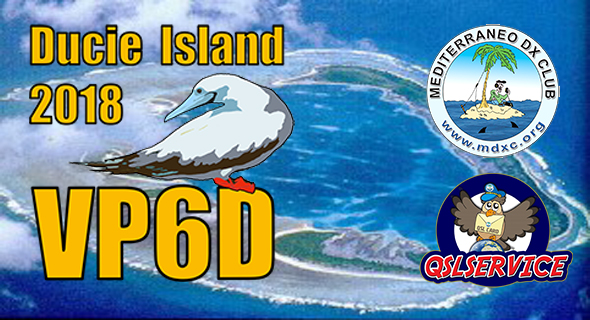 Last night while ragchewing on 80m with some friends, I was noticing some interesting Islands showing up on the DX cluster in Ham Radio Deluxe.  One island I kept seeing spotted was Ducie Island.  Since the public school system seems to have failed me, I asked some of the other hams if they knew where Ducie island was.  No one seemed to know!  So we looked it up and were surprised to find that it was just a small speck in the South Pacific Ocean.

Once I've got my mind on chasing some DX, I find it hard to concentrate on other QSOs.  I told my friends I'd be back and tuned over to the 20m band to see if I could hear the signal from the speck.  Unfortunately, I heard nothing.  I tried my dipole.  I tried my Yagi.  I heard nothing.  I returned to my group on 80m and would occasionally sneak away to check to see if I could hear Ducie Island.  Nothing heard.

When the group had all decided to sign off, I returned once more to 20m since I was still seeing spots on the DX cluster for Ducie Island.  This time, as I was rotating the Yagi in that direction, I heard a station coming over the very low noise level.  The signal was barely moving the needle on the meter, but I could hear the operator clearly saying "QRZ VP6D, listening 5 up".  I set the split in my radio, switched the amplifier off of standby, and gave a call.  He returned "the Kilo Golf 4 station, again?".  I gave my call again.  He returned "Kilo Golf 4 Lima Sierra Tango, you're 59 Ducie Island"!

I returned a signal report, logged him, and went QRT.  I couldn't contain my joy, so I sent a few text messages to some radio friends to let them know that I had made contact with a speck in the South Pacific! 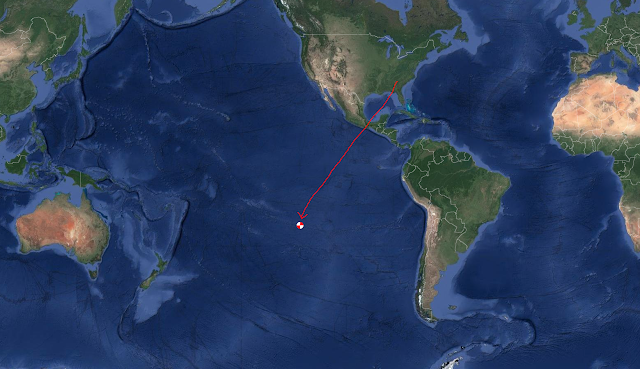