Bouvet Island is an uninhabited subantarctic high island and dependency of Norway located in the South Atlantic Ocean. It is said to be the most isolated and remote island on earth. It is also the 3rd most-wanted DXCC entity behind Kosovo (which I recently worked!) and North Korea.  Since it is uninhabited and difficult to get to, it hasn't been activated since 2007.

For the past 2 years, 3Y0Z which is a team of skilled DXpeditioners had been planning to go to Bouvet Island and activate the entity again.  After getting close to the island, the weather turned awful with no predicted improvement making it impossible to get to shore safely.  Then, an issue developed with one of the charter ship's engines.  The captain decided it was best to turn away and head for safety.

DX chasers all over the world (including myself) were saddened by the news that the DXpedition was being aborted.  However, we all realize that it was in the best interest and safety of all of those involved.  The 3Y0Z team says that there will be planning and schedule another attempt to activate this rare DXCC entity. 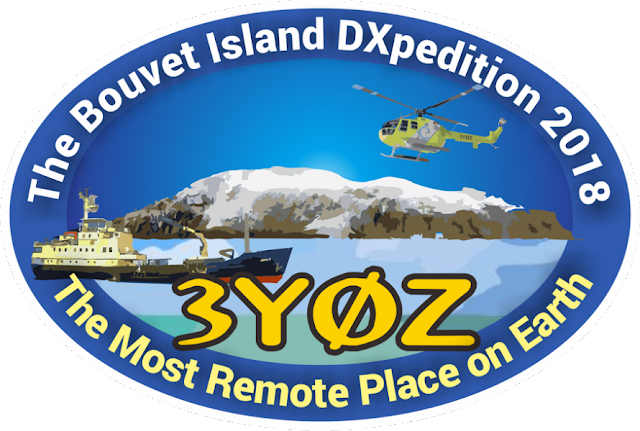